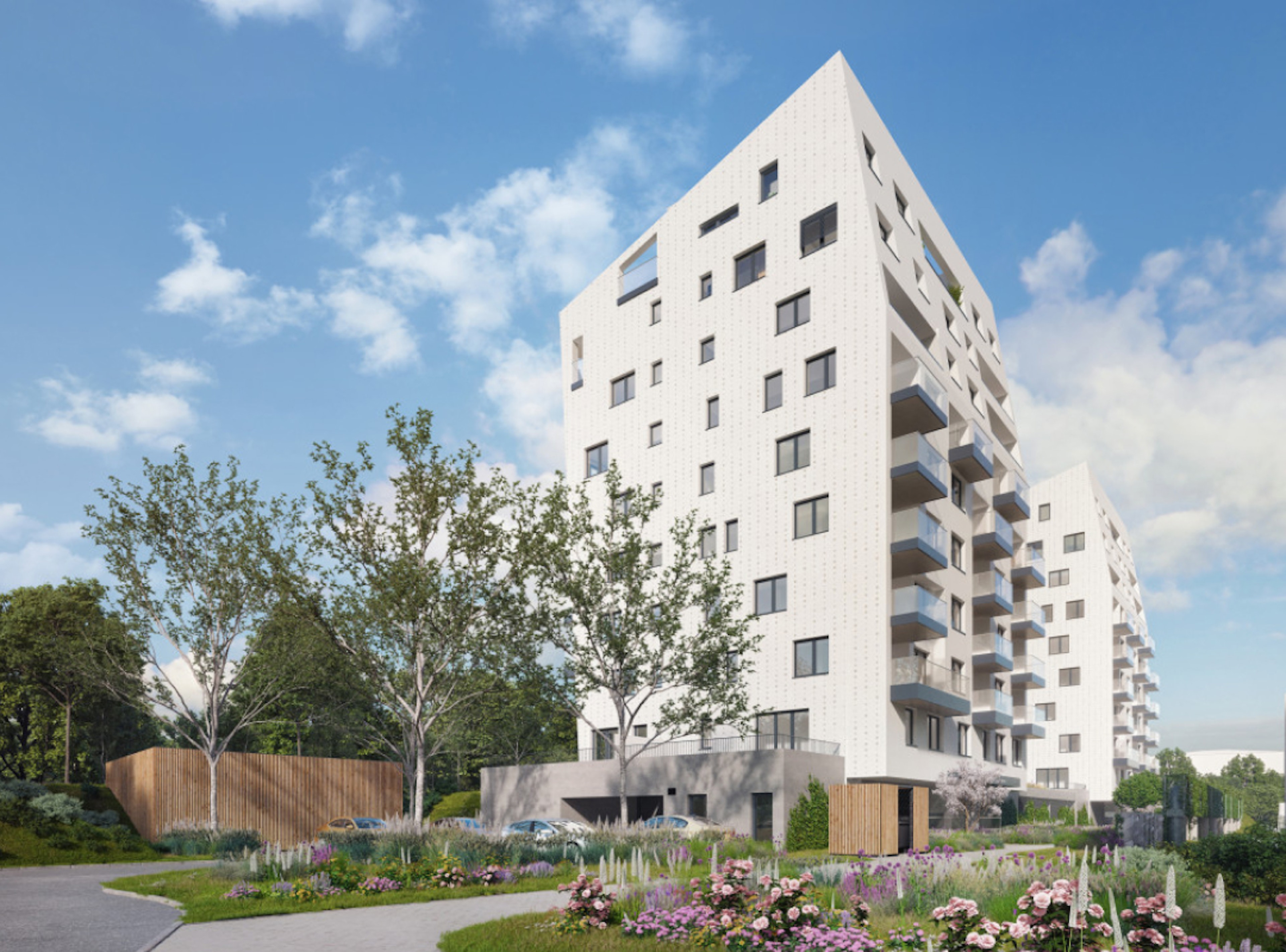 Mezzanine financing of the construction phase

The details below are valid as of the start of the fundraising period, 7/3/2022.

We offer you in the mezzanine loan for the 8th stage of the Prague residential project Harfa Park. is provided for the purpose of refinancing part of the developer's own resources already spent in the project. This stage consists of an apartment building which has two sections "Y1" and "Y2". A total of 62 residential units, 74 garage parking spaces and 22 chambers will be constructed in the project. The project is in the construction phase (a total of 10% of the project's construction costs have already been spent) and has pre-sales at 98.4% of the minimum required yields, with 80% of sales at the minimum required yields sufficient to repay the Upvest loan by the expected repayment date. The project has a valid building permit and construction work has been underway since August 2021.

The loan is secured by a notarial deed of direct execution and acknowledgement of debt and a surety statement from the parent company FINEP HOLDING, SE. Interest is capitalized during the loan relationship and is payable together with the principal no later than the final maturity date. The principal may be repaid in one lump sum or continuously no later than the final maturity date. The loan has an expected maturity of approximately 21 months and can be repaid no later than 01.01.2025. Repayment of the loan takes place upon completion of the sales of the project units and upon repayment of the bank loan.

Under the loan agreement, the developer is obliged to, among other things, comply with the maximum LTV and LTC. This maximum limit was set for of 85 %, and for (taking into account the pre-sales of the project) of 100%.

Legal due diligence did not identify any facts that would jeopardise the granting of the loan. Emphasis was placed on checking the real estate registry, the loan registry, the validity of the public permits for the construction, the construction contract with the general contractor, the future purchase agreements entered into with the buyers of the future units and other potential legal risks.

From the conclusions sensitivity analysis shows that even with a decrease in sales prices of up to 19.8% below the minimum according to the loan agreement (which are determined to be approximately 8% below the estimated yields under the loan) and without changing other assumptions, Upvest can be expected to repay the loan including accessories. The conclusions of the sensitivity analysis further indicate that a potential increase in construction costs of more than 15% over the maximum construction costs still provides a sufficient profitability level for the project at the 1,14x. Sufficient profitability of the project at the level of 1.19x remains even if the overall schedule is extended by more than 12 months compared to the current assumption.

The main risks of this investment opportunity include primarily the construction risk in relation to the general contractor, who may not meet its obligations under the construction contract despite potential penalties, the potential extension of the project timetable and the related potential termination of the already executed PPAs, which may be terminated without penalty if the project is not approved within 90 days of the obligation to approve the apartment building, which is 23.The expected date of approval according to the construction contract with the general contractor is the end of July 2023 and the date of handover of the construction is the end of October 2023 after the removal of defects and deficiencies. However, we are trying to mitigate the aforementioned risks by, inter alia, the obligation to carry out the project approval by 30.09.2023 or the obligation to supplement the developer's own resources in case of an increase in the project's investment costs. In Upvest's opinion, the surety statement increases the validity of the agreed obligations. However, this is not an exhaustive list of project risks, which are much more numerous.

Reporting to investors will take place on a quarterly basis.

on a mezzanine loan for the purpose of financing the development project Harfa Park VIII in Prague - Vysočany.

The developer of the project is FINEP, which has built more than 13,500 apartments in dozens of successfully completed projects in the Czech Republic and Slovakia. FINEP has been involved in residential and office development for more than 25 years. The borrowed company is a subsidiary of FINEP, exclusively dedicated to the implementation of the Harfa Park VIII project, namely FINEP Harfa k.s.

Developer will use The loan is provided during the construction phase of the project.

The loan from Upvest will be secured by a guarantee declaration of the parent company of the borrower, FINEP HOLDING, SE, and a notarial deed of direct execution and acknowledgement of debt. Interest will be capitalized and repaid together with the principal during the term of the loan relationship. The principal will be repaid in one lump sum or in stages from the proceeds of the project or by refinancing with a bank loan, but no later than the final maturity date.