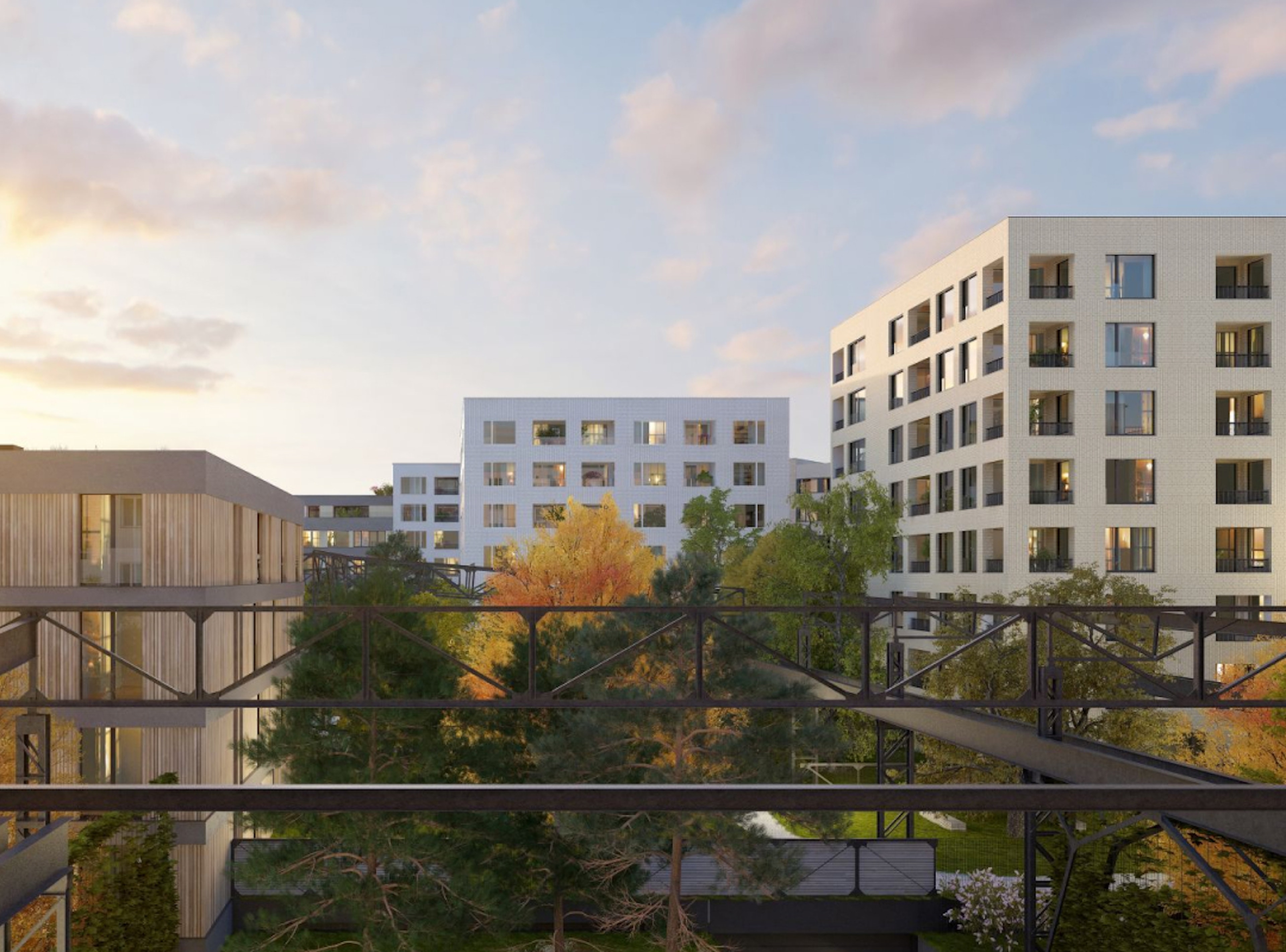 Mezzanine financing of the construction phase

The details below are valid as of the start of the fundraising period, 7/3/2022.

Investors can find regular reports on the progress of the project at my investments dashboard.

We offer you participation in for the third and final stage of the Prague predominantly residential project Rezidence Pergamenka III - apartment building C. is provided for the purpose of refinancing part of the developer's own resources already spent in the project. This stage consists of apartment building C, which has 4 sections (C1 - C4). The project will include a total of 164 residential units, 162 garage parking spaces, 7 commercial spaces and 102 storage units. The project has a valid building permit and construction work has been underway since May 2021 (almost 12% of the project's construction cost has already been spent). What makes this project different from previous FINEP projects financed by Upvest is the fact that the entire apartment building C is being purchased by the investment fund Heimstaden Bostad through the trading company Heimstaden Bostad Invest Ltd. This fact is discussed in more detail in the Commercial Analysis section, specifically under the heading Description of the settlement of the transaction.

The loan is secured by a notarial deed of direct execution and acknowledgement of debt and a guarantee declaration by the parent company FINEP HOLDING, SE. Interest is capitalised during the course of the loan relationship and is payable together with the principal at the latest on the final maturity date. The principal may be repaid in one lump sum or continuously no later than the final maturity date. The loan has an expected maturity of approximately 25 months and can be repaid no later than 01.04.2025. Repayment of the loan takes place after the project has been completed, using the funds deposited by Heimstaden Bostad Invest Ltd. for the purchase price of the real estate in the security account and after the repayment of the bank loan.

Under the loan agreement, the developer is obliged, inter alia, to comply with the maximum value of the debt-to-value ratio and the maximum debt-to-cost ratio of the project . This maximum limit has been set for of 85 %, and for of 93 %.

From the conclusions sensitivity analysis shows that even if the sales price falls up to 17,6 % below the minimum proceeds we are assuming for the purchase price of the properties and without changing other assumptions, Upvest can be expected to repay the loan including accessories. Furthermore, the conclusions of the sensitivity analysis indicate that a potential increase in construction costs of more than 10% over the maximum construction costs provides a profitability rate for the project at the 1.06x, taking into account that the part of the total price to be paid by Heimstaden Bostad in the overall transaction to FINEP is not reflected in the profit of the loaned company and the economics of the loaned company are thus visually depressed (explained in more detail in the section Description of the transaction settlement). Sufficient profitability of the project at the level of 1.07x remains even if the overall timetable is extended by more than 12 months compared to the current assumption.

The main risks of this investment opportunity include the construction risk in relation to the general contractor, who may not meet its obligations under the construction contract despite potential penalties, as well as the potential extension of the project timetable. This could result in a possible termination of the purchase contracts in the transaction with Heimstaden Bostad. The expected date of approval according to the developer is during November 2023. However, the above risks are sought to be mitigated by, among others, the obligation to maintain the future purchase agreement with Heimstaden Bodstad in force and effect, or by requesting replenishment of the developer's own resources in the event of an increase in the investment costs of the project. The guarantor declaration should then increase the validity of the agreed obligations. However, this is not an exhaustive list of the risks of the project, of which there are many more. Reporting to investors will be on a quarterly basis.

Participation in for the purpose of financing the development project Rezidence Pergamenka III residential building C in Prague Holešovice.

The developer of the project is FINEP, which has built more than 13,500 apartments in dozens of successfully completed projects in the Czech Republic and Slovakia. FINEP has been involved in residential and office development for more than 25 years. The borrowed company is a subsidiary of FINEP, exclusively dedicated to the implementation of the project Rezidence Pergamenka III apartment house C, namely FINEP PROSEK bytová 2, k.s.

Developer will use a mezzanine loan from Upvest for the purpose of refinancing part of its own resources, mainly acquisition costs incurred within the project. The loan is provided during the construction phase of the project.

The loan from Upvest will be secured by a guarantee declaration of the parent company of the borrower, FINEP HOLDING, SE, and a notarial deed of direct execution and acknowledgement of debt. Interest will be capitalized and repaid together with the principal during the term of the loan relationship. The principal will be repaid in one lump sum or gradually from the proceeds of the sale of real estate to the special purpose vehicle Byty Pergamenka Ltd. On the basis of the title of the future purchase agreement on the transfer of real estate between the borrower and Byty Pergamenka s.r.o., the borrower is entitled to the funds from the security account with the senior lender deposited by Heimstaden Bostad Invest s.r.o. for the business share in Byty Pergamenka s.r.o.

The developer may repay the loan from Upvest no later than the final maturity date, in one lump sum or in instalments. The investor shares in the proceeds from the date of the successful fundraising until the loan is repaid in full. The actual interest on the principal portion of the loan begins on the date the loan is drawn down by the developer and ends on the date the lender receives repayment of that principal. The proceeds will be paid to the investors immediately upon receipt of the relevant instalment by the lender.

The time lag between the assumed maturity date and the final maturity date allows the borrower to repay the loan at the time of finalisation of the transaction on or before the dates assumed after completion of construction to fully repay the Senior Loan and subsequently the Upvest Loan. It also provides an additional provision primarily for any delays in construction execution or other complications.

Together with principal repayment after repayment of the loan