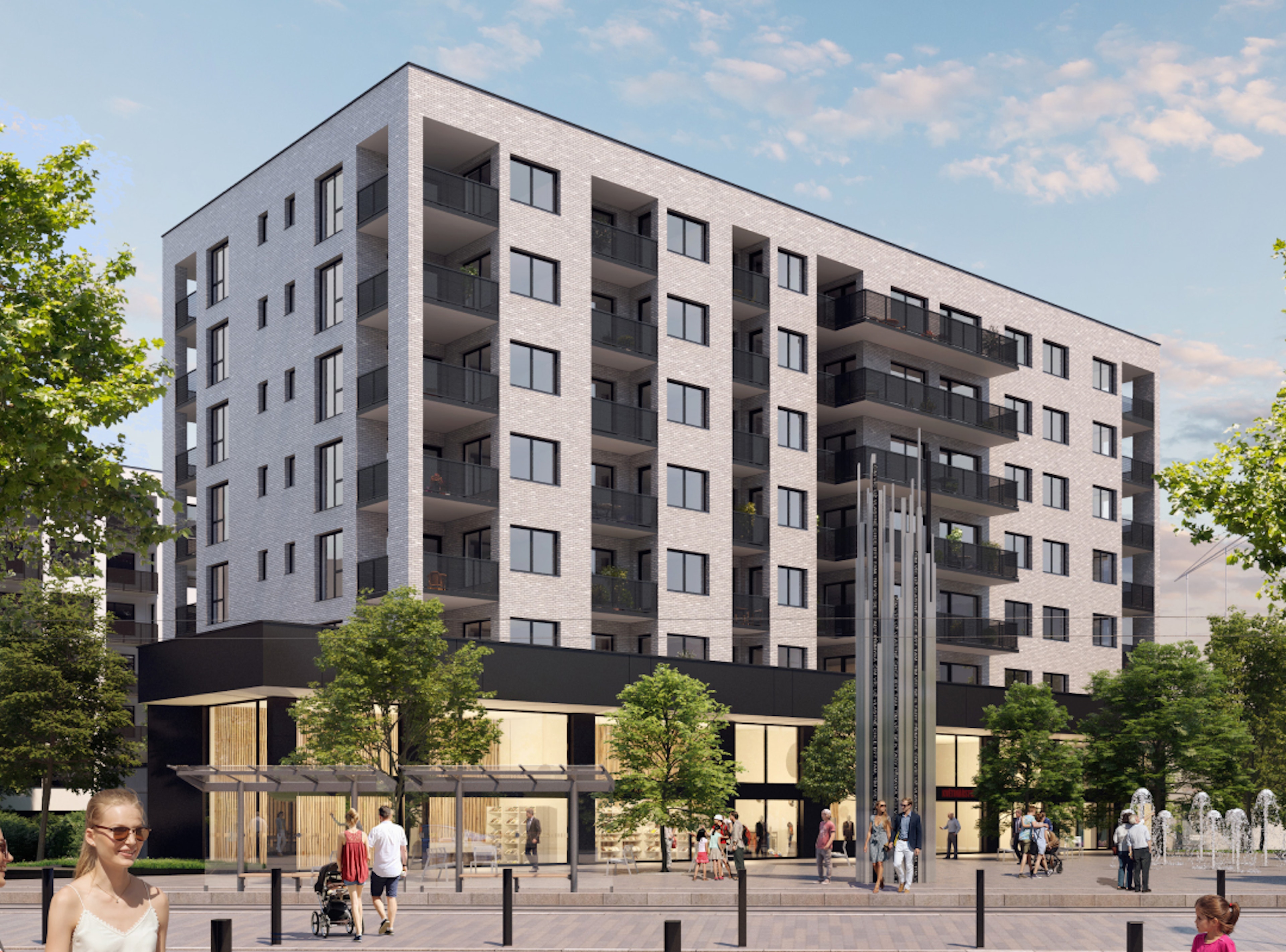 We offer you participation in for the 13th and 16th phases of the Prague residential project Cascades Barrandov (Phases X and Y). Both apartment buildings will be developed simultaneously. The project has a building permit and construction work commenced in September 2021. The project will include a total of 147 residential units , four commercial units and 95 garage parking spaces. The project has been on sale since the summer of 2020, thus it has significant pre-sales, at 96% of minimum yields. The mezzanine loan is provided to refinance a portion of the funds loaned to the borrower by the parent company. The loan is secured by a notarial deed of direct execution and acknowledgement of debt and a surety statement of the capital strong parent company FINEP HOLDING, SE.

Under the loan agreement, the developer is obliged, among other things, to comply with the maximum debt-to-value ratio () and the maximum debt-to-cost ratio (). This maximum limit was set at 85.0% for LTV and 100% for LTC. As the developer is also implementing other phases of the project under the SPV loan, it is also required to comply with the company-level LTV of 85%.

Legal due diligence did not identify any facts that would jeopardise the granting of the loan. Emphasis was placed on assessing the contractual relationships of the project company, the validity of the public permits for construction and other potential legal risks.

The conclusions of the sensitivity analysis shows that even with a decrease in construction prices up to 16 % below the minimum yields under the loan agreement (which are set at approximately 10% below the estimated yields under the loan) and without changing other assumptions, Upvest can be expected to repay the loan including accessories. The conclusions of the sensitivity analysis further indicate that a potential increase in construction costs of more than 15% over the maximum cost still provides a sufficient profitability level for the project at the 1,09x. Sufficient profitability of the project is maintained even if the overall schedule is extended by more than 10 months compared to the assumed 1,17x.

Among main risks of this investment opportunity include the risk of increased project costs, extended schedule and a decrease in sales prices (especially in relation to the possible termination of the already concluded FPAs). However, this is not an exhaustive list of project risks, of which there are many more.

Participation in for the purpose of financing the development project Cascades Barrandov X/Y in Prague.

The developer of the project is FINEP, which has built more than 13,500 apartments in dozens of successfully completed projects in the Czech Republic and Slovakia. FINEP has been involved in residential and office development for more than 25 years. The borrowed company is a subsidiary of FINEP, designed for the implementation of selected stages of the large-scale residential development project Kaskády Barrandov, namely FINEP BARRANDOV bytová k.s.

The developer will use a mezzanine loan from Upvest for the purpose of refinancing part of its own resources spent within the project. The loan is provided for the duration of the construction period of the project.

The Upvest loan will be secured by a guarantee declaration of the parent company of the borrower FINEP HOLDING, SE and a notarial deed for direct execution and acknowledgement of debt. Interest will be capitalized and repaid together with the principal during the term of the loan relationship. The principal will be repaid in one lump sum or gradually from the proceeds of the project, but no later than the final maturity date.

Description of the investment product

The Developer may repay the loan from Upvest no later than the Final Maturity Date in one lump sum or in installments. The investor participates in the proceeds from the date of successful fundraising until the loan is repaid in full. The actual interest on the principal portion of the loan begins on the date the loan is drawn down by the developer and ends on the date the lender receives repayment of that principal. The proceeds will be paid to the investors immediately upon receipt of the relevant instalment by the lender.

The time lag between the expected maturity date and the final maturity date allows the borrower to repay the loan upon completion of construction, when sufficient sales are achieved to fully repay the senior loan and subsequently the Upvest loan. It also provides a cushion for any delays in construction execution or other complications.

Together with the principal repayment upon repayment of the loan.

from upvest is subject to the terms and conditions set out below:
A list of certain fees and penalties payable to the developer by the